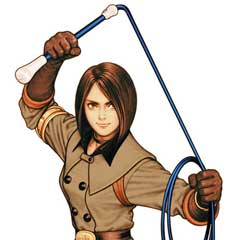 “The backlash against breastfeeding” writes Zoe Williams. Here it is, in print, in the Guardian. I have to reply. It’s a tortuous article, with some twisted logic, so bear with me, while I try to untangle it.

Let’s skip to halfway down; breastfeeding as anti-feminist. Apparently, French ‘feminist’ Elisabeth Badinter thinks that breastfeeding, natural labour, co-sleeping and giving up work “subjugates a woman’s professional, sexual, spousal, adult identity”. Er? Deep breath. OK, here goes. Birth and breastfeeding are not part of a woman’s ‘adult identity’? How can this not be ‘adult’? You can’t do this as a child. ‘Sexual identity’? The breastfeeding rush releases oxytocin – natural labour promotes orgasmic birth – these experiences contribute to a fuller, more complex picture of female sexual identity than just being men’s sexual playmates. Willams acknowledges this herself: “I experienced [breastfeeding] as a kind of hallucinogenic experience. A bit like taking an E.”

‘Professional identity?’ Yep, women find it hard to be pregnant, give birth and to mother, and be cogs in the capitalist machine, on the same terms as men. The problem here is twofold. Firstly, the modern workplace makes extreme demands on workers’ time. Secondly, children and babies are excluded from the workplace, as well as many other areas of social interaction; this isolates women, the default carers. We could work to change society here, but no, instead let’s blame our biology, and seek to supercede it.

‘Spousal identity’? Here’s the nub of Badinter’s argument: “If 24 hours a day the woman is reduced to her role as nursing animal… the father is completely put aside.” So breastfeeding is bad because it makes women less available for men! In what sense is this a feminist argument?

Williams then goes on to quote an American writer, LaShaun Williams: “We should question why so many of us are working… Is it because we bought the feminist lie that we don’t need a husband?… Career-driven mothers [should be reminded that] family comes first.” It’s a tricky argument to follow, but Zoe Williams seems to be implying that we shouldn’t try to be “the essential mother” because some women, like LaShaun, think that mothers aren’t allowed to go to work. This is the backlash against feminism dressed up as the backlash against breastfeeding, and the fact that women are writing this, makes it even worse.

This is not the first time I’ve read an article in the mainstream press arguing that breastfeeding is anti-feminist. They all utilise a very narrow definition of feminism as ‘the right to be pale imitation men’ rather than demanding the restructuring of society to place women’s lived experience at the centre of it. And nowhere do we see any celebration of breastfeeding. Look, this is amazing! Food comes out of our chests! And it grows incredibly healthy children! And it’s free! And it feels nice! And it’s full of stem cells! And it cures cancer! And it kills HIV!

I drew a book of cartoons about breastfeeding and made a book about them and attempted to get the mainstream media interested. No. “Breastfeeding’s too niche” came the reply, from the features editor of the Independent. Feminism still has a very long way to go.

According to Williams, every clear health benefit attributed to breastfeeding, apart from the fact that it reduces risk of gastroenteritis, occurs because women who breastfeed are just more likely to be committed to healthy living. (This is an assumption in itself – I just fed my toddler a packet of Butterkist to buy time to write this article.) “It’s a self-selecting sample” Williams argues, “Babies born into low-income families end up fatter; low-income mothers breastfeed less than high-income mothers; therefore breastfeeding prevents obesity.”

She’s talking about class here. Presumably working-class mothers are more stupid too, so their children have naturally lower IQs.

Williams evidently hasn’t heard of propensity score matching. When scientists conduct large-scale, longditudinal studies of parenting habits, they crunch the numbers to compensate for variables of income, class and age. They systematically match like with like, selecting only the babies who fall into the same social, economic, ethnic and cultural categories. Williams assumes that this process is meaningless. Is she claiming greater knowledge of scientific procedure than the scientists? She’s a journalist!

And the academician she quotes to back her case is Joan B Wolf, who is qualified in political science and lectures in gender studies. She has no medical qualification. She’s not an epidemiologist. There’s no evidence that she has ever been near a laboratory. Willams describes her work, “a rigorous, close-range examination of the science behind pro-breastfeeding advice,” as a “Meta-stud[y]”, but it’s not. Meta-analyses are when a body of recognised scientists conduct a systematic review of primary research results, plot them on a graph, and take a neutral look at the results. Joan Wolf is a political scientist, who has a political point to make – she has cherry-picked the science to back her case. That’s not a meta-analysis – it’s a trawl.

Not every scientific investigation into infant feeding intersects with issues of culture or income. Laboratory analysis has discovered factors in human milk, and the mechanisms by which they work – the cannibanoids that affect appetite regulation and prevent obesity, the stem cells and optimum fatty acid balance that promote brain development. The recent finding that breastmilk kills HIV comes from mice that have been genetically engineered to have human immune systems. The drop in infant morbidity and mortality that occurs when neonatal intensive care units adopt human milk feeding is unarguably untainted by variations in parenting style. But there are relatively few controlled studies of the effects of breastmilk, or double-blind trials. That’s because the evidence for the benefits of breastmilk is so overwhelming. It is now considered unethical to subject babies to inferior nutrition to retest a hypothesis that has already been proven. The science is unequivocal, yet now, as a result, we find articles in the press claiming it is one-sided.

Anyway, by Williams’s circular argument, I would claim that breastmilk is great, because I’m one of those breastfeeding advocates. OK, so let’s say that she’s right. Let’s assume that the World Health Organisation, the NHS and the National Institute for Clinical Excellence have all been hijacked by the powerful breastfeeding lobby, and been hoodwinked into believing their spurious claims about the superiority of human milk. Why are the formula milk companies taking this lying down? Why, with their massive profits, and their vast marketing budgets, are they settling for “closer than ever to breastmilk” and “the next best thing to breastmilk”, when according to Williams, their milk is every bit as good? You know why they don’t? Because it’s not.

Formula milk is inferior to human milk. That doesn’t mean that women who formula-feed are worse mothers. While I recognise that breastfeeding hormones provide a mechanism whereby mammals bond with their babies, I also agree with Williams that bottle-feeding mums don’t love their children less. Women are subject to an incredibly complex nexus of pressures as they fumble, sleep-deprived through motherhood, and I’m completely in agreement with Elisabeth Badinter: “The decision to breastfeed is an intimate and personal one. No one should be able to interfere.”

But I am annoyed at this lazy, journalistic stereotype that people who promote breastfeeding are “zealous”, “fervent”, that we’re “striving for unanimity and perfection” or that we’re “Nazis” (from the Guardian letters page, the following week). Breastfeeding support workers know exactly how hard breastfeeding can be – that’s their job. Williams is indignant that people should take issue with her controversial views on breastmilk, but she’s speaking from a position of power. Surely the biggest single reason why half of UK mothers don’t breastfeed past six weeks is because they believe that the stuff that they buy in the supermarket is just as good as the stuff that comes out of their bodies. And the formula milk companies didn’t even have to put an advert in the Guardian to get that message across.