When we talk about refugees we usually talk about numbers and statistics, rather than faces or stories.  Refugees as a group devoid of rights, home or future remain face- and voiceless. Countless victims, whose bodies are found on the trails through the Sahara or on the Mediterranean shores, have neither names nor histories.  Two new and fresh takes on the subject offer a different perspective: Kate Evans, a British Cartoon artist, and Sarah Glidden, an American artist, tell the stories and paint the faces of refugees in journalistic graphic reports.  Evans and Glidden travelled to refugee camps in France and the Middle East, and they report on ordinary people, who became refugees as a result of political persecution and war.  For Europeans and Americans they represent the ‘essential other’ –‐ a threat because of their religion, their quest for a life and their willingness to escape an almost certain death in a far-away region.  In a joint panel both artists will present their work, and discuss questions of art and journalism.

Kate Evans is a British cartoonist and activist. For her second book “Threads: From the Refugee Crisis” (June 20, 2017) she spent considerable time in Europe’s biggest and most problematic refugee camp. In the French port town of Calais, the historic home of the lace industry, a city within a city has arisen. This new town, known as the Jungle, is the home of thousands of refugees, mainly from the Middle East and Africa, all hoping, somehow, to get to the UK. Into this squalid shantytown of shipping containers and tents, full of rats and trash and devoid of toilets and safety, Kate Evans brought a sketchbook and an open mind. Combining the techniques of eyewitness reportage with the medium of comic-­‐book storytelling, Evans has produced a book filled with poignant images—by turns shocking, angering, wry, and heartbreaking.

Sarah Glidden is an American cartoonist and illustrator working primarily in non-­‐fiction and reportage comics. For her second book, Rolling Blackouts (2016), she accompanied her two friends―reporters and founders of a journalism non-­‐profit―as they researched potential stories on the effects of the Iraq War on the Middle East and, specifically, the war’s refugees. Joining the trio was a childhood friend and former Marine whose past service in Iraq adds an unexpected and sometimes unwelcome viewpoint, both to the people they come across and perhaps even themselves. As the crew worked their way through Turkey, Iraq, and Syria, Glidden observed the reporters as they ask civilians, refugees, and officials, “Who are you?” Everyone has a story to tell: the Iranian blogger, the United Nations refugee administrator, a taxi driver, the Iraqi refugee deported from the US, the Iraqis seeking refuge in Syria, and even the American Marine.

This lecture is supported by the Alvin H. Rosenfeld Chair in Jewish Studies
This event is free and open to the public. If you have a disability and need assistance, arrangements can be made to accommodate most needs. Please contact iujsp@indiana.edu. 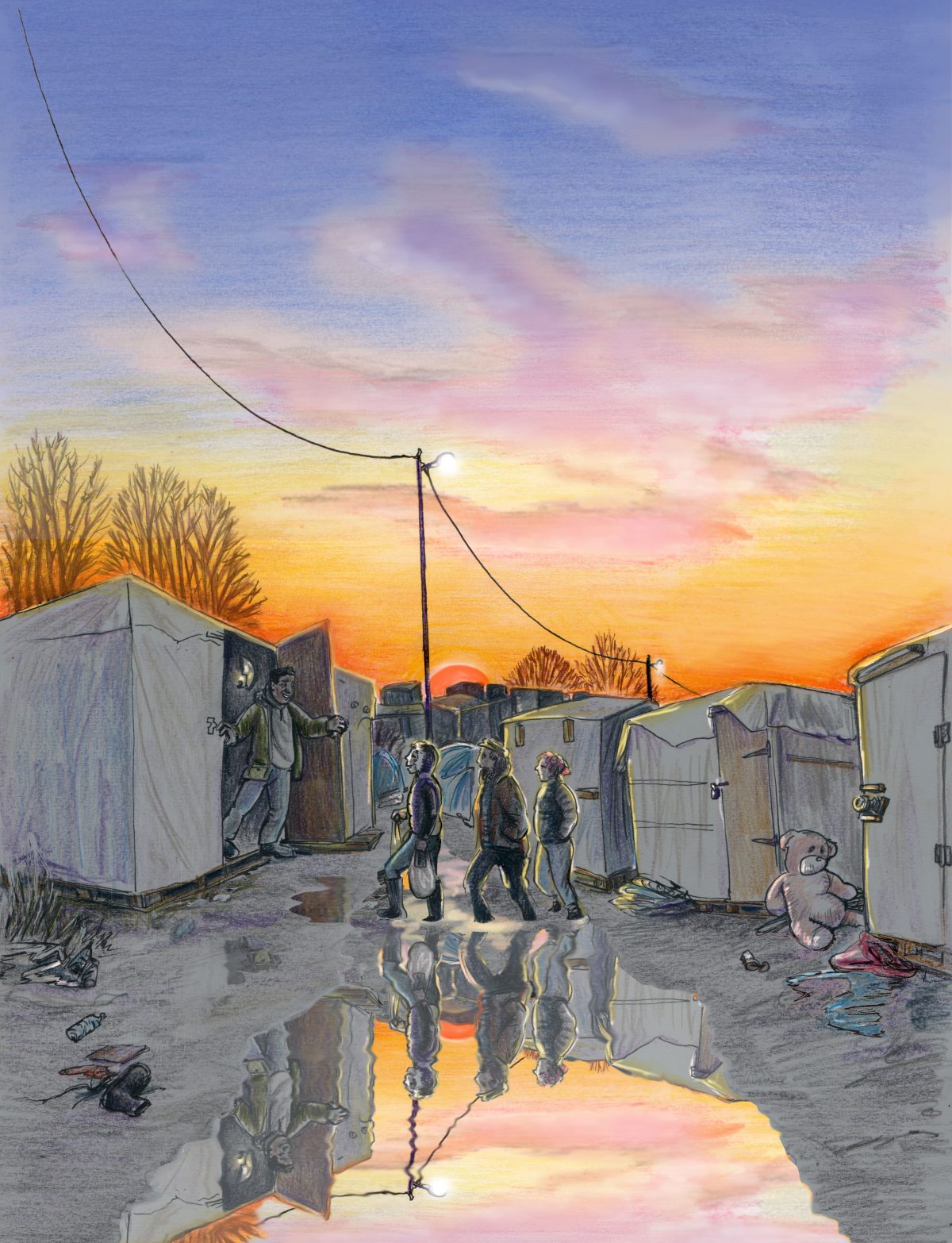