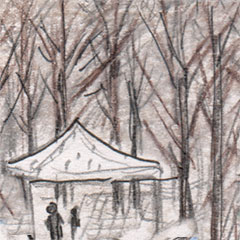 “The worst refugee camp in the world”

Here’s some art that I’ve worked up, potentially for the Dunkirk refugee camp section of Threads. It’s historic now, in that the camp was closed down and replaced with a far better one in March of this year. It’s still good to make a record of what has been described as the worst refugee camp in the world.  And given today’s horrendous media storm over a handful of child refugees arriving in the UK, it’s good to remember how many children are stuck in limbo, still waiting for asylum.

These were orginally drawn at home from memories of a brief visit to the camp in February 2016. I put these up because they work well without the text on. I tend to draw the artwork by hand, like you see here, and then add the lace and the text in Photoshop. It’s important to have the text on a separate layer so that there can be foreign translations of the work. The note “RAIN!” is my reminder to myself to add more grey, rainy skies in post production. It would have been impossible to have made an artistic representation of the old Dunkirk refugee camp that was more dismal and disgusting than the reality. 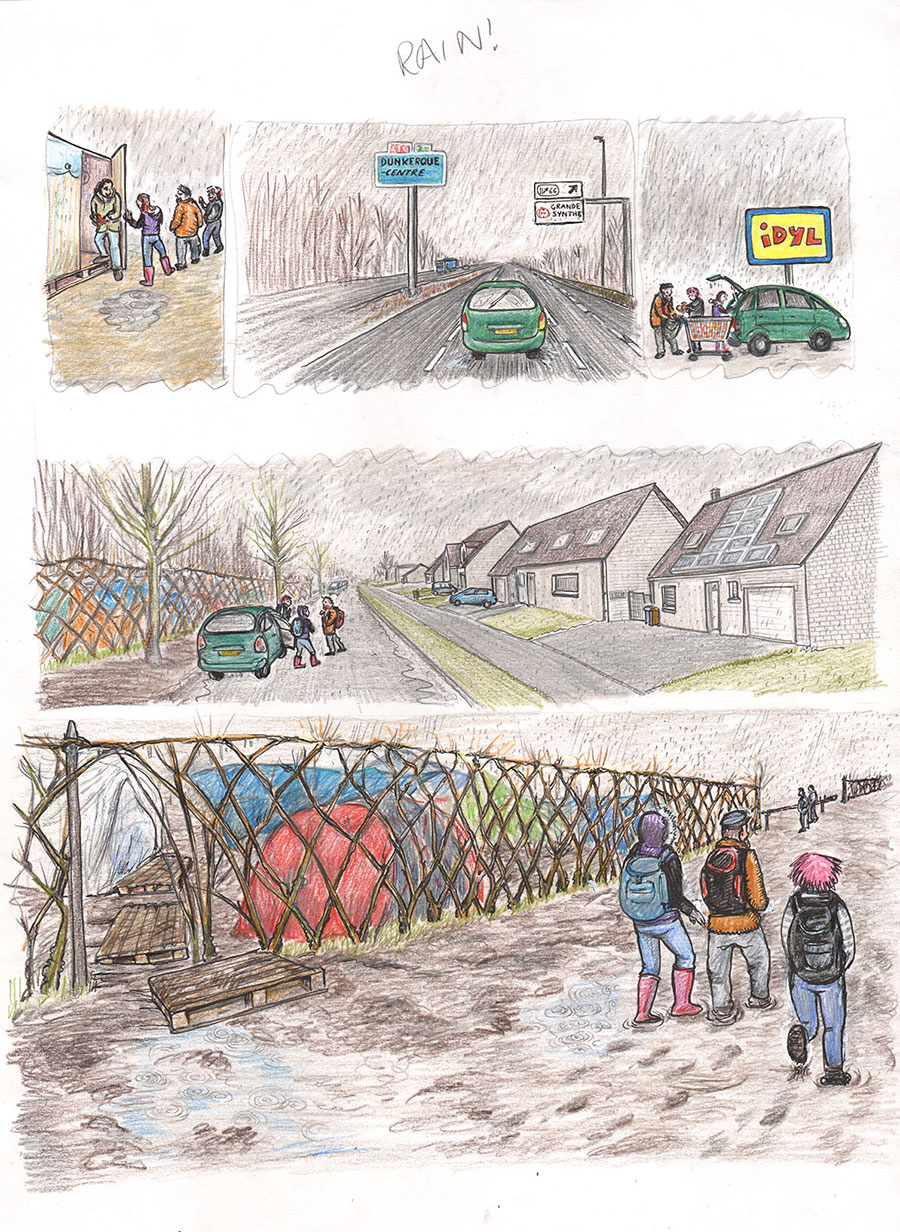 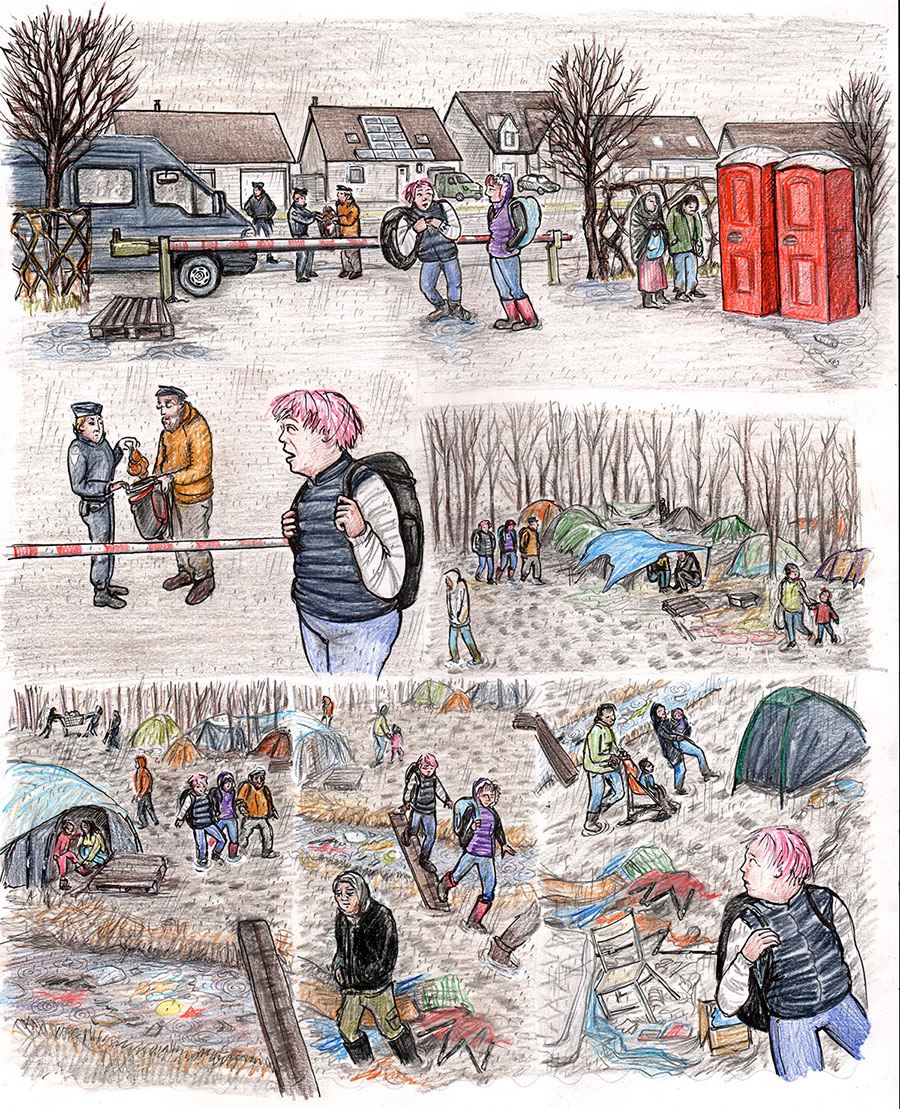 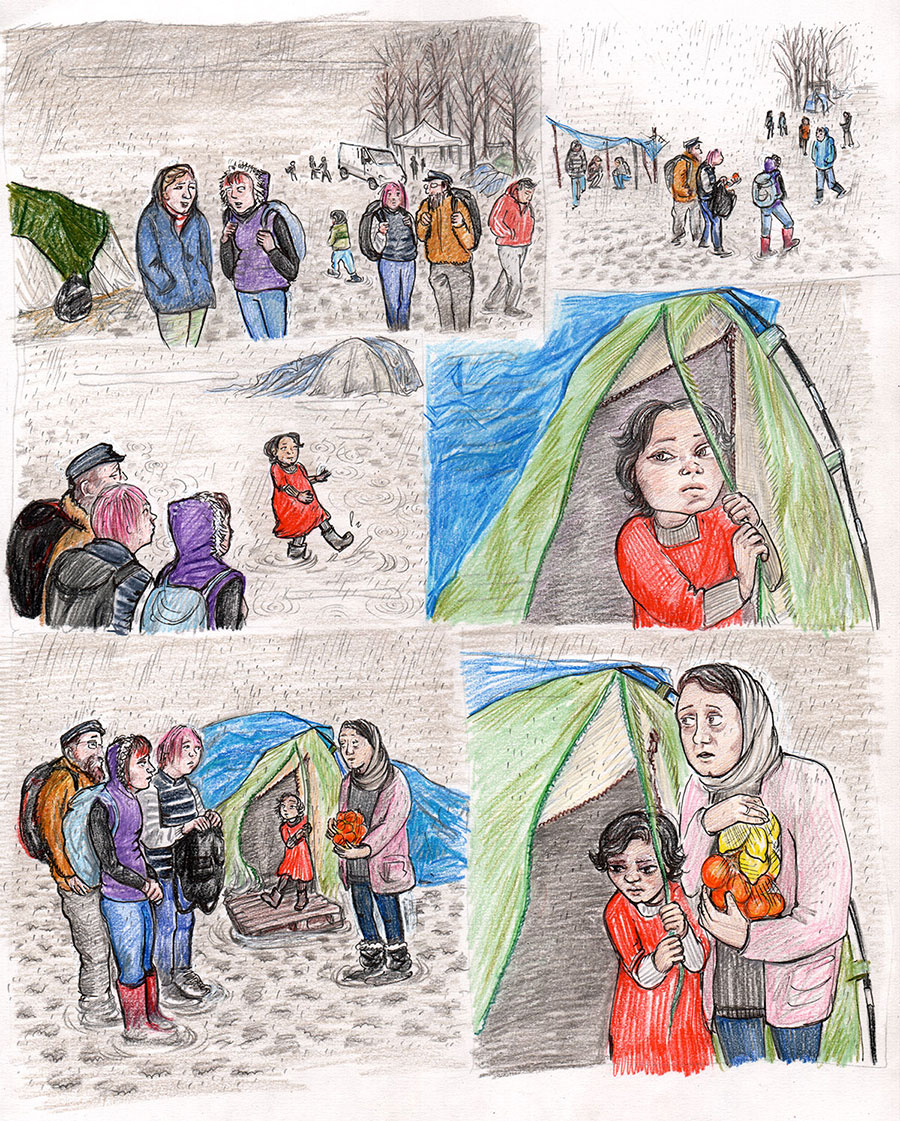 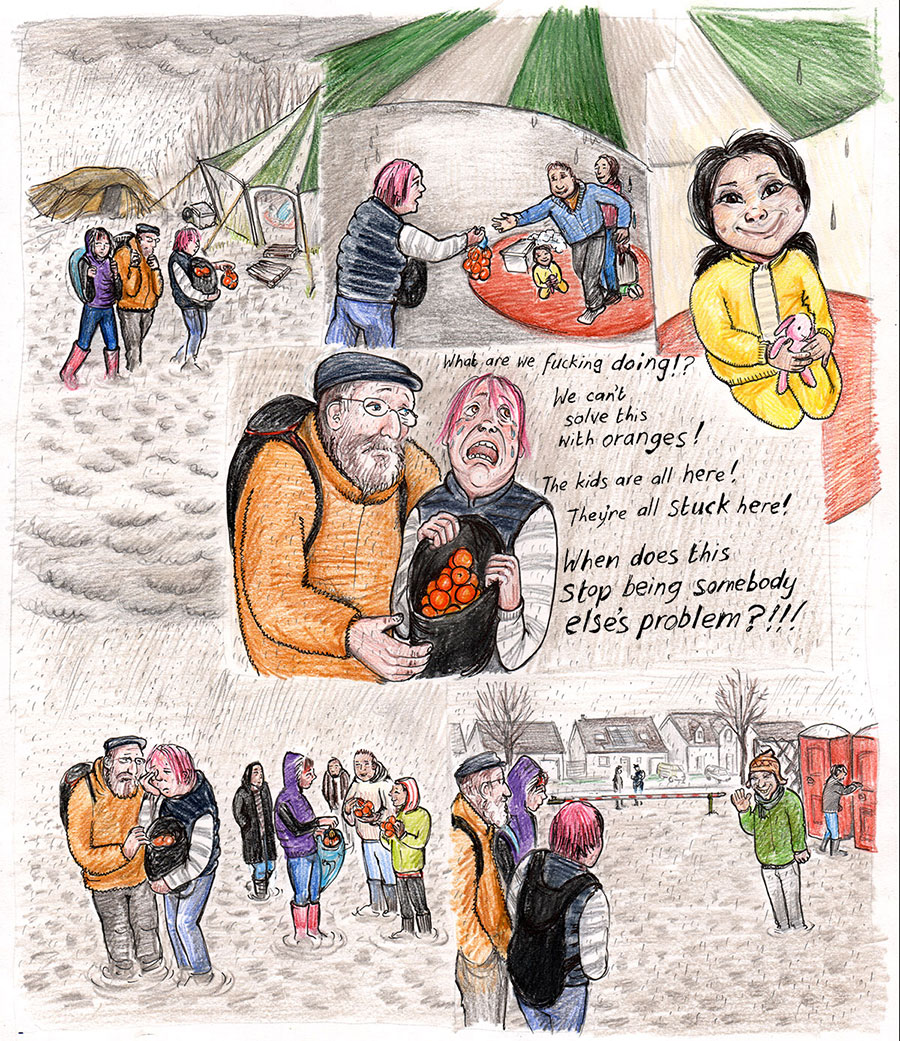