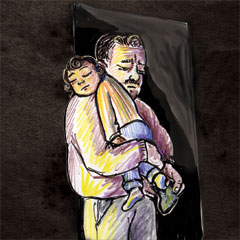 Eight hundred and fifty thousand people fled for their lives to Europe last year. (At least three thousand four hundred and six people died in the Mediterranean sea.) Of that great mass of people, a few thousand have washed up Calais, France, trying to attempt the dangerous crossing to England. By the French and British governments, they’ve been hung out to dry. 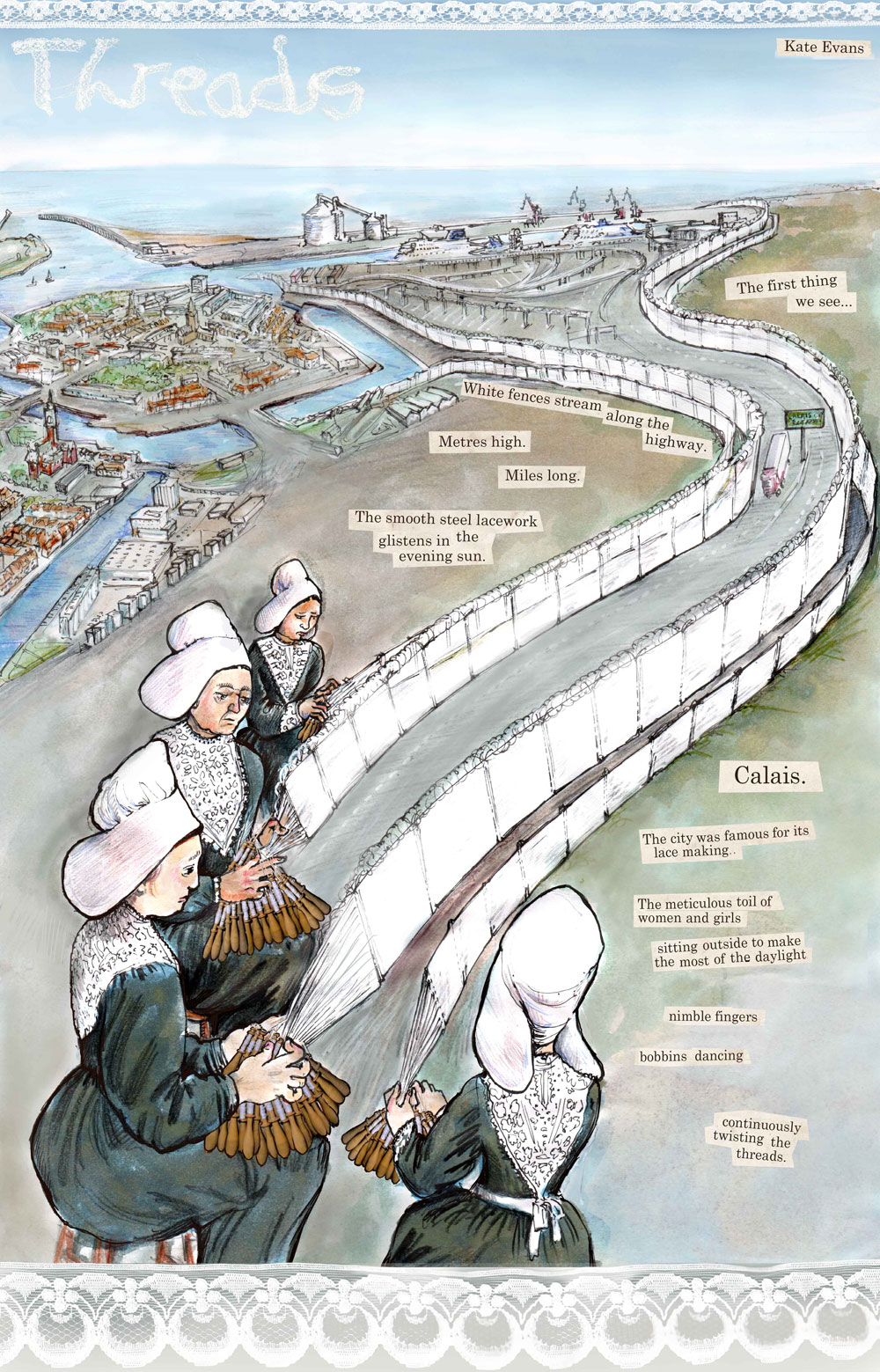 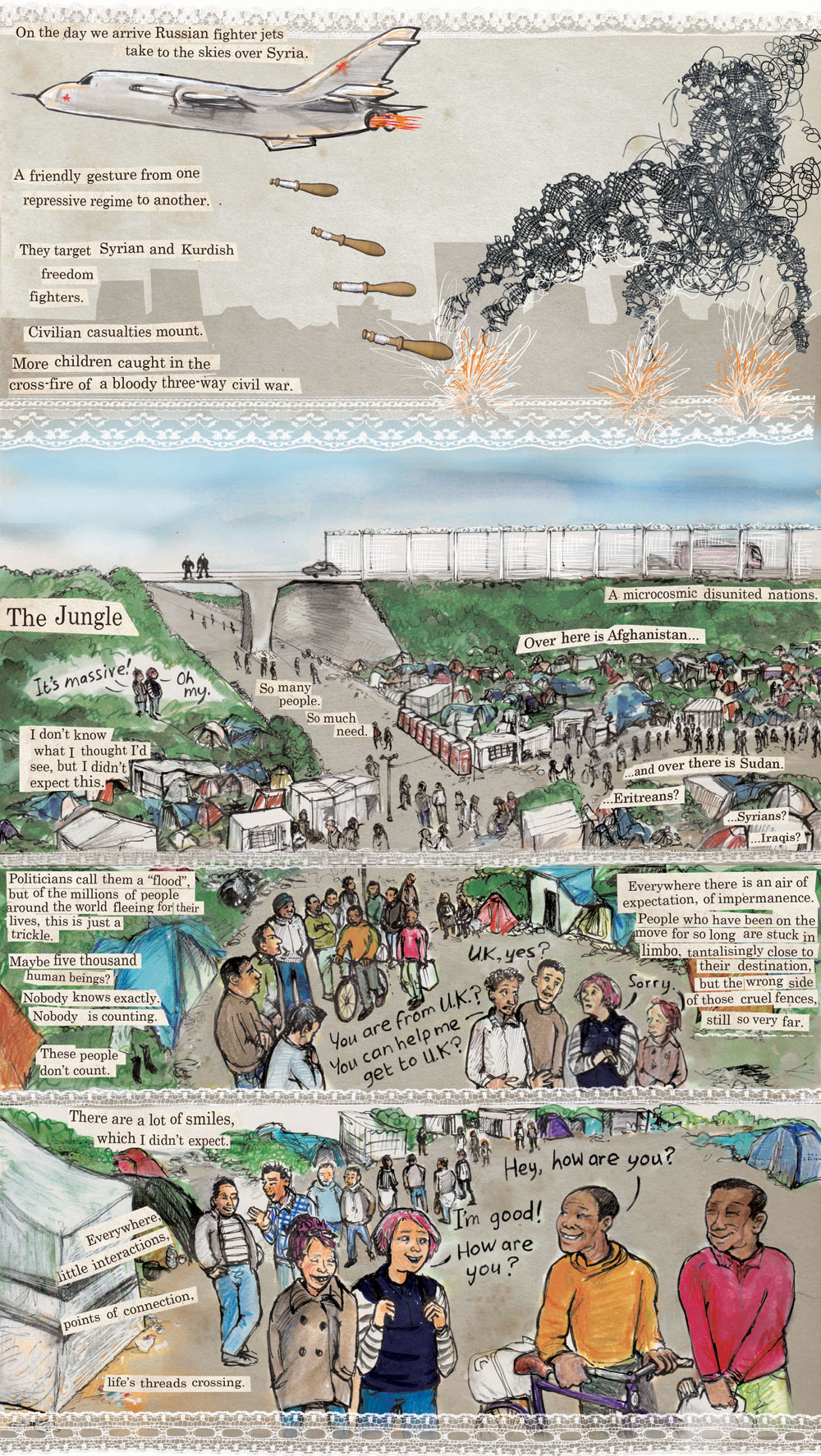 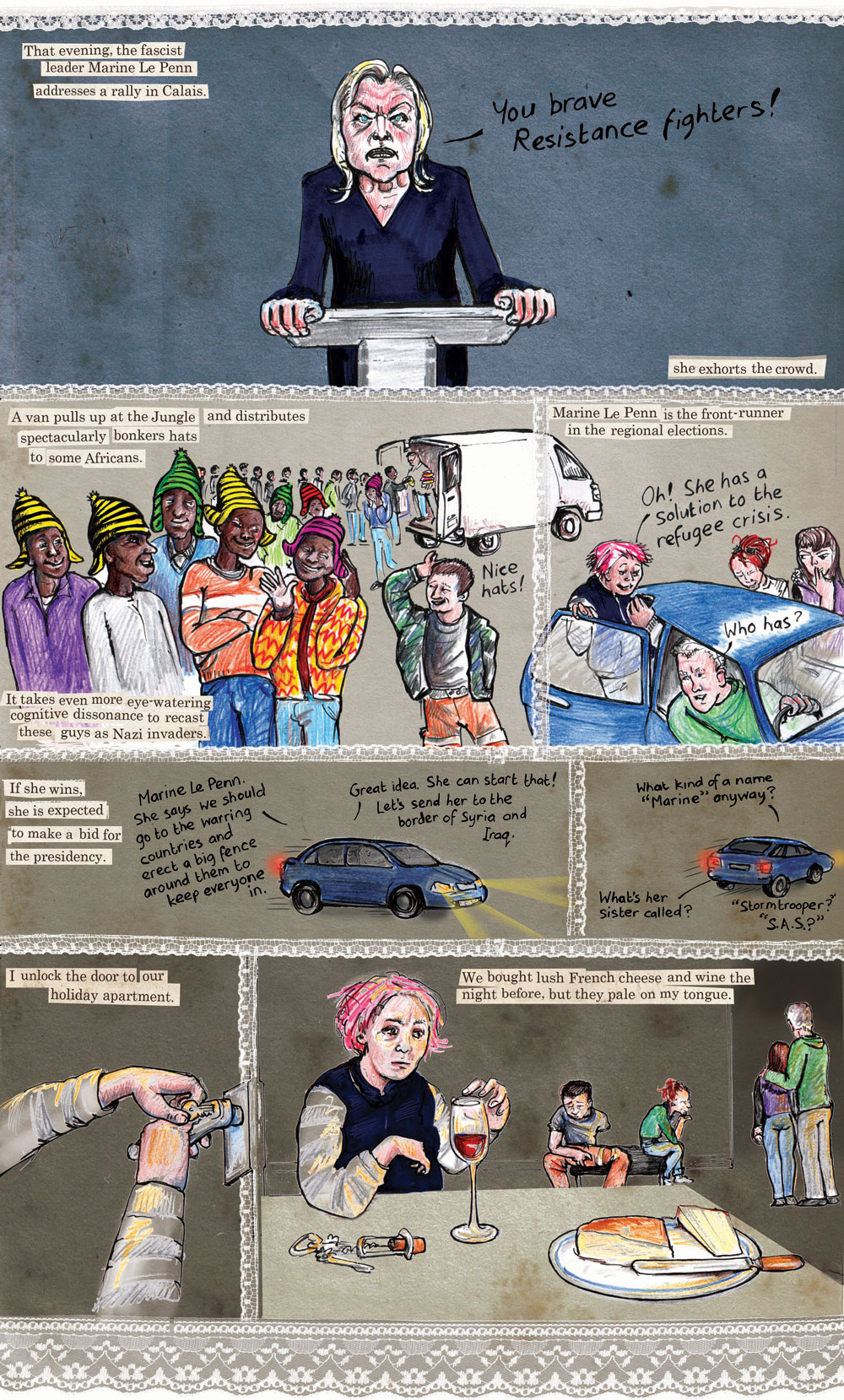 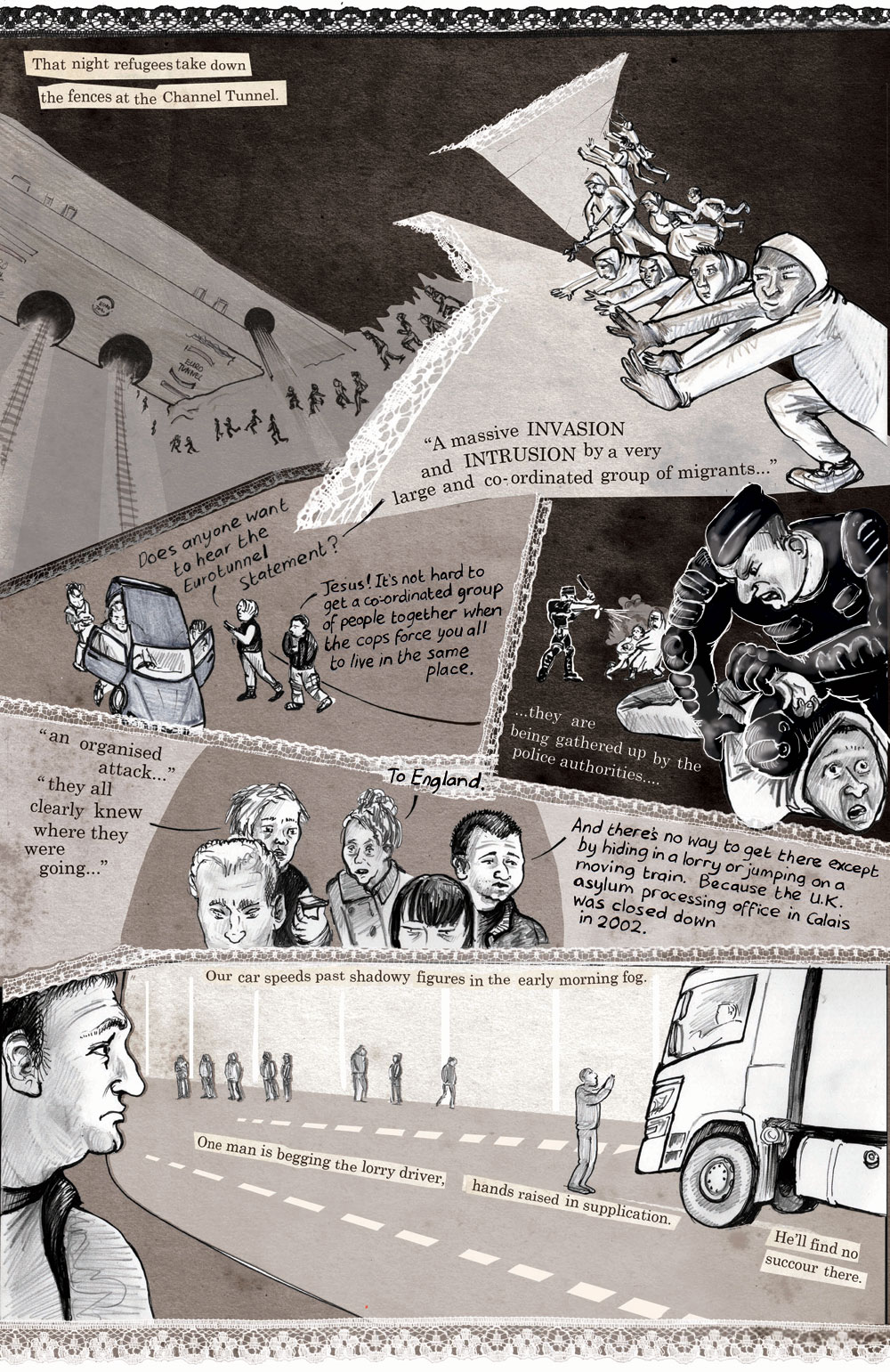 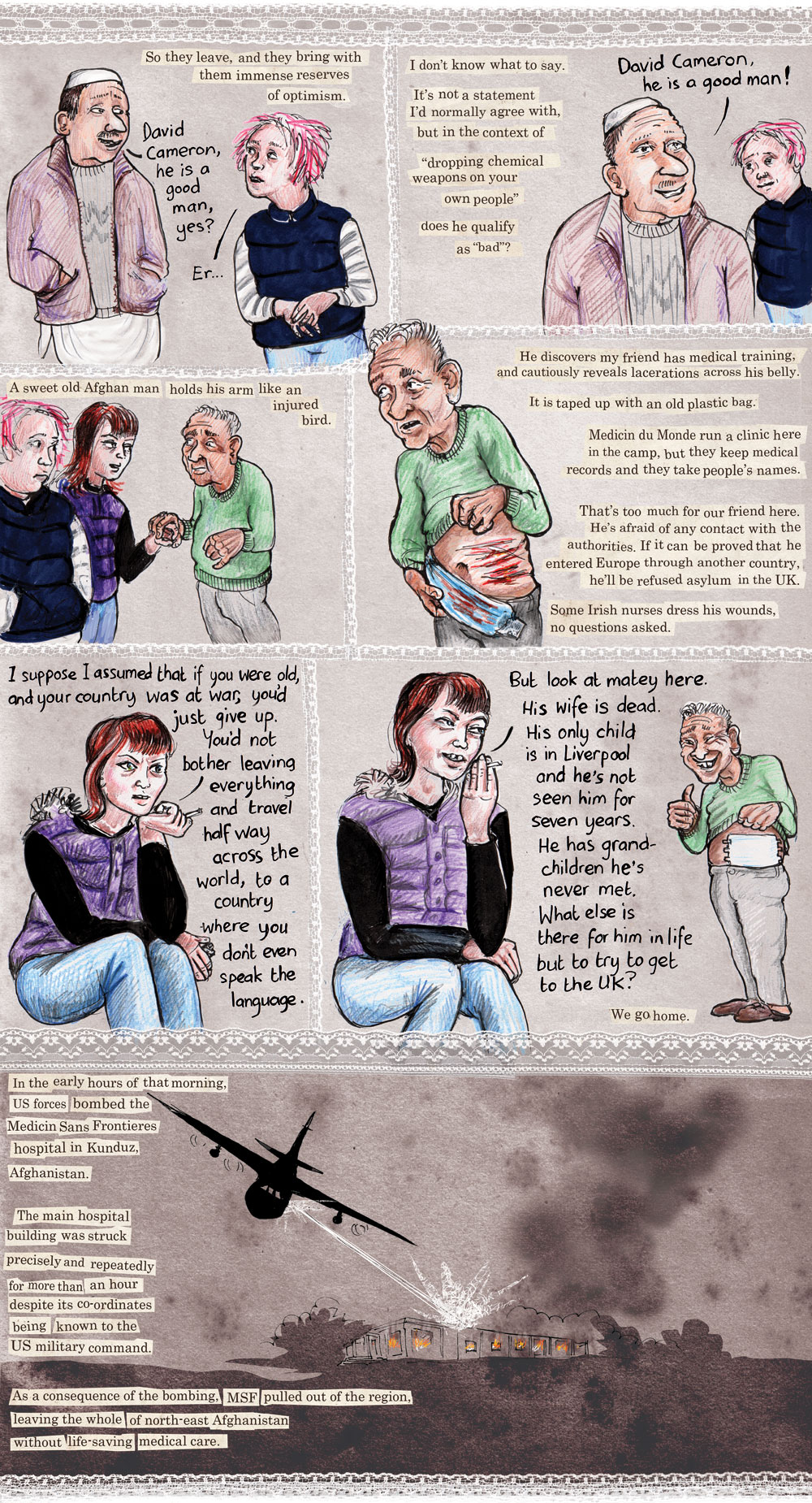 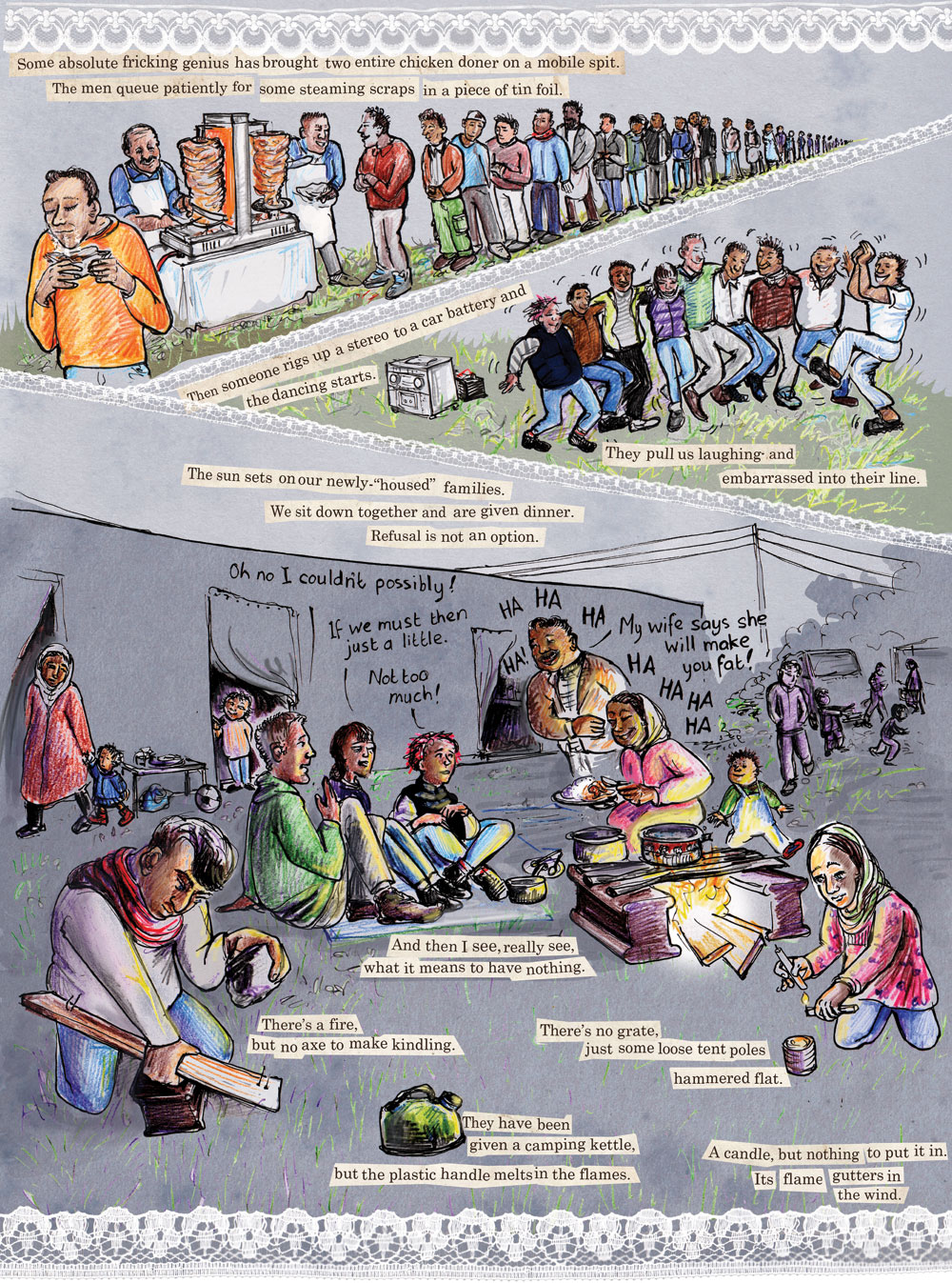 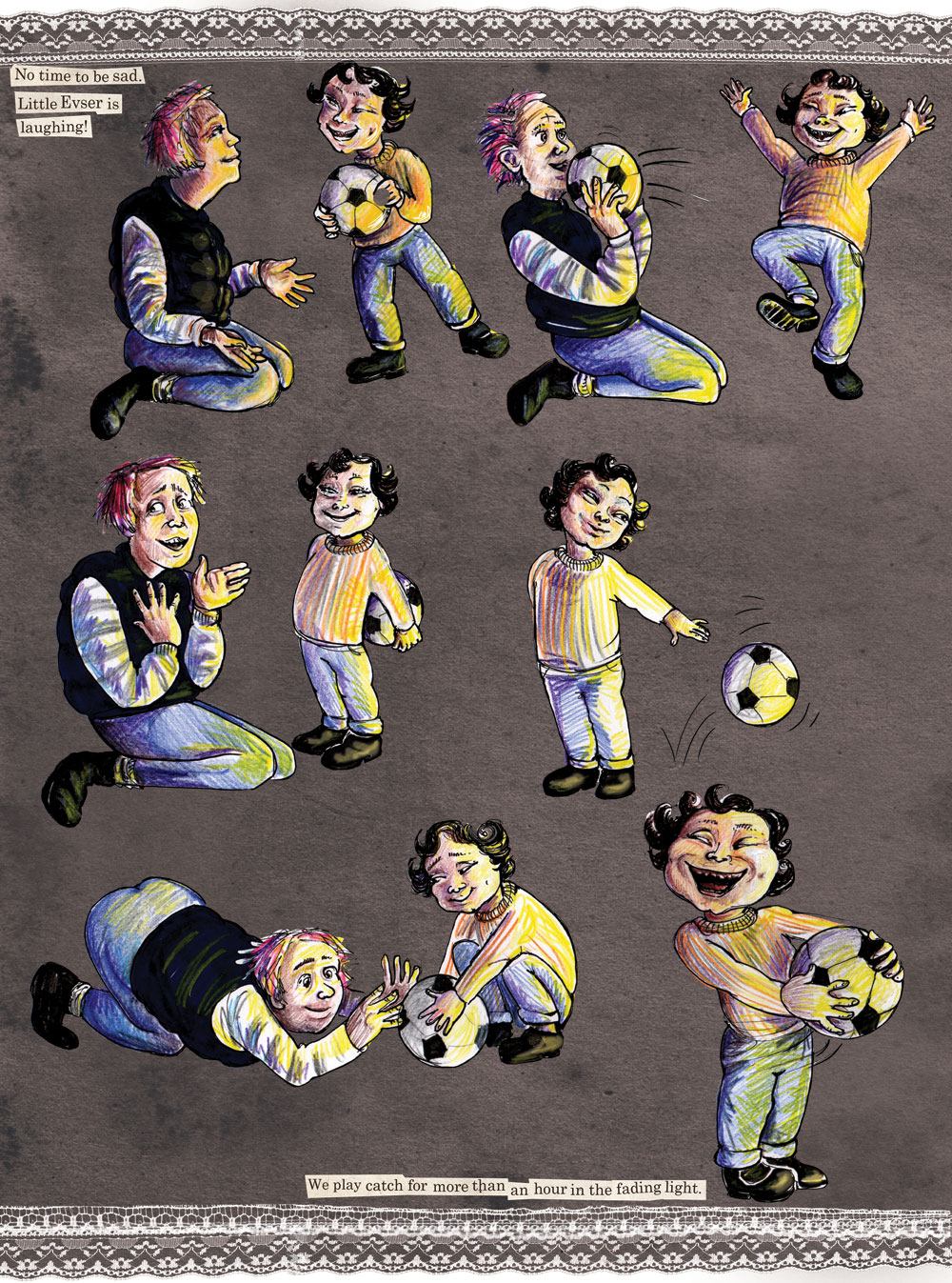 Thanks to the generosity of my crowd funders, I printed and distributed “about 12,000” copies of this cartoon. These were taken by grassroots refugee support groups and sold in aid of their regional efforts. Thanks everyone for getting this out there. I’ve nearly run out now.

Single, signed copies of the comic can be bought from my web shop.

This is just the first thread of many more. I’m currently working on the graphic novel Threads from the refugee crisis of which this comic forms the first chapter. Available 2017 from Verso books. Check the home page of this website, and my twitter feed @cartoonkate, and you can see artwork as I go along. 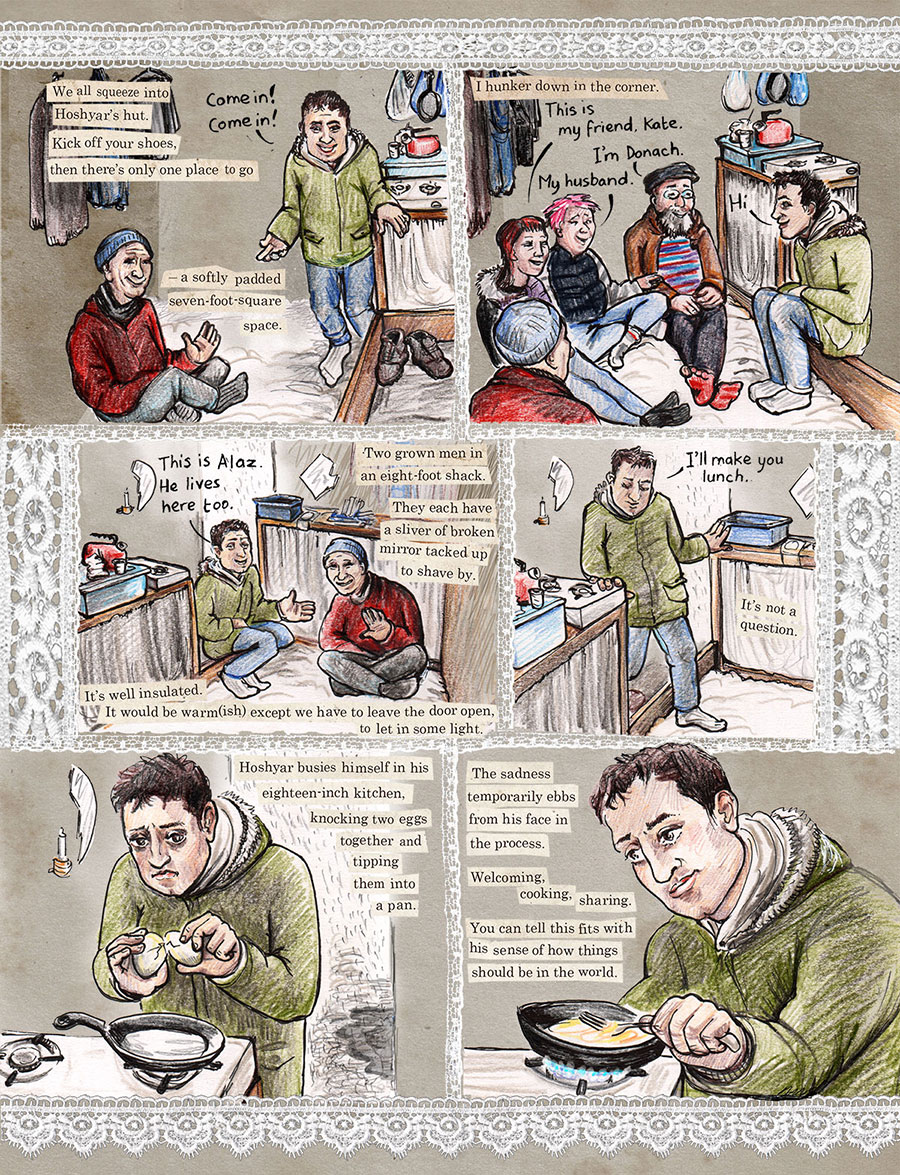 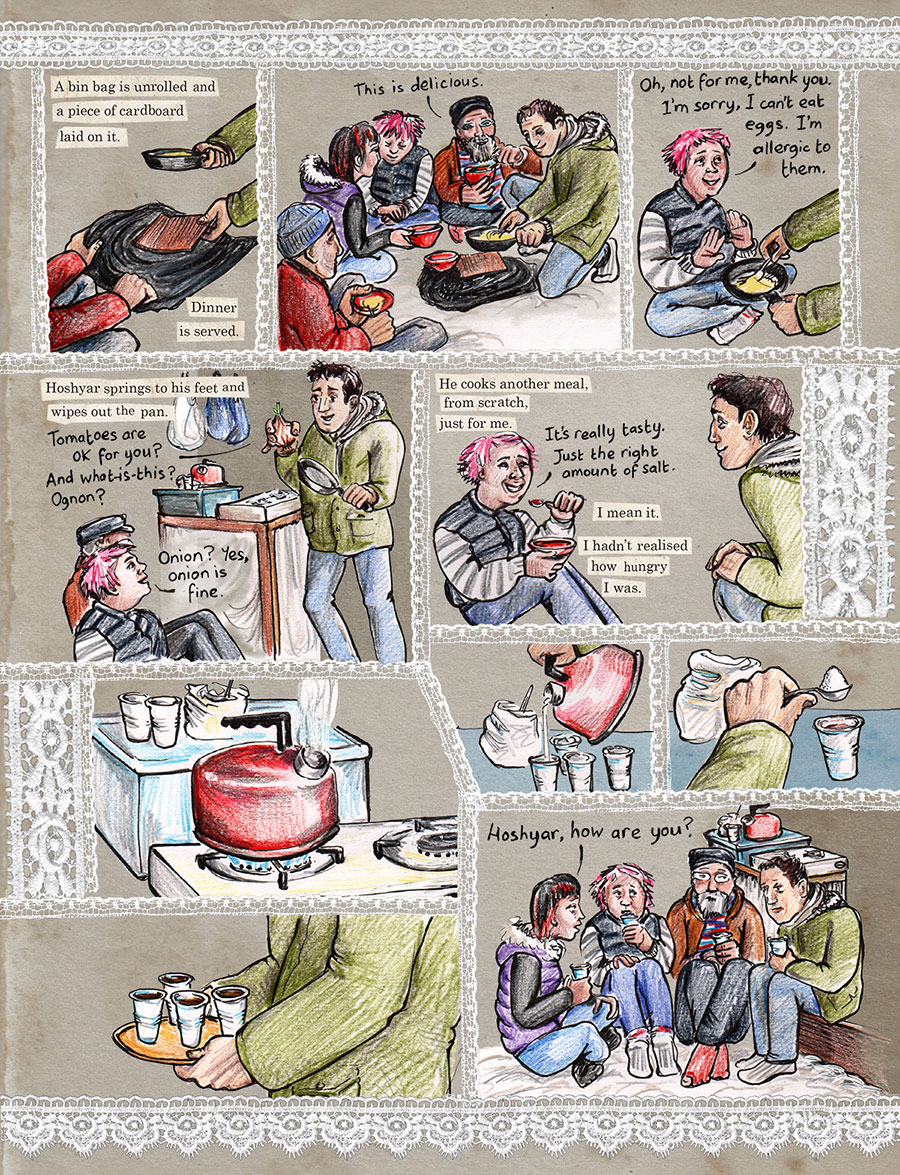 107 Comments on “Threads. The Calais cartoon.”