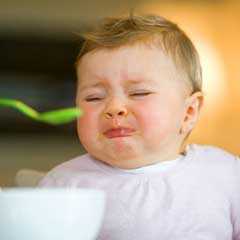 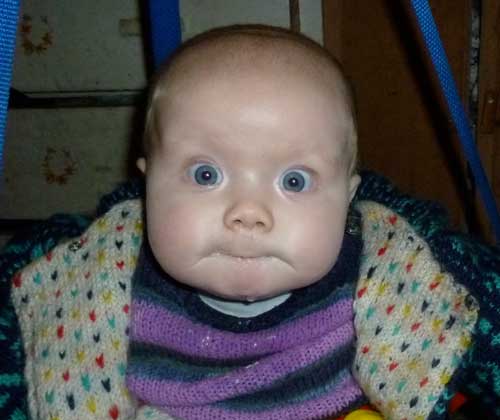 Last week saw another stunning media coup by the babyfood industry. News channels around the world picked up on an article in the British Medical Journal that implies that exclusive breastfeeding for six months harms babies. Take this Guardian article.

“SIX MONTHS OF BREASTFEEDING IS TOO LONG AND COULD HARM BABIES, SCIENTISTS NOW SAY” shouts the headline across the inside front page.

“Evidence… suggests [fully breastfed infants] have a greater chance of iron deficiency anaemia, ‘known to be linked to irreversible adverse mental, motor or psychosocial outcomes.’ …the UK does not have a screening programme for iron deficiencies in children, so it is impossible to say if there have been problems.”

Scientists did indeed say this. They didn’t have a great deal of evidence to back up their claims. This wasn’t original research. It wasn’t a systematic review of other scientists’ research. It was, in effect, an opinion piece, constructed by four scientists who trawled scientific papers finding studies that threw doubt on the current official advice to breastfeed exclusively to six months. Three out of the four authors of the paper have been funded by the baby food industry.

This paper doesn’t provide a shred of evidence that any baby has become brain damaged by being breastfed to six months. Breastfed babies do have measurably lower iron levels, but the body processes the iron in breastmilk more efficiently than from any other source. When the paper links iron deficiency anaemia to ‘irreversible adverse outcomes’ it’s basing that on babies that are anaemic for other causes, not because they’re breastfed. And if we’re going to get worried about iron levels in babies, a good place to start would be at birth, by delaying cutting the cord until the baby has received its full complement of blood from the mother. It took about forty minutes for my baby’s cord to stop pulsing. Waiting just forty seconds is laughably referred to as “delayed cord clamping” in current obstetric practice.

There is plenty of evidence that babies who are fed formula milk or other artificial foods have lower IQs and higher rates of illness. Feeding your young baby anything other than breastmilk causes ‘irreversible mental, motor or psychosocial outcomes’, and I’d like to see them having to state that on the side of the tin.

The original BMJ article is by Mary Fewtrell, here, and measured refutation of its claims is by Mary Renfrew, here. Neither of them have been caring for a baby for the last nearly-five months, so they probably make more sense than I do on the subject.

Still the damage has been done, by a combination of provocative, partial pseudo-science and extremely sloppy reporting. Someone commented to me on the day the article came out “Oh, did you see? You’re not meant to breastfeed past four months now”. The Times of India reported Fewtrell’s claims, and when we export anti-breastfeeding advice to developing countries, babies die.

My baby ate breastmilk today because she isn’t big enough to eat solids yet. When she wants some food, she’ll learn to pick it up and put it in her mouth. Anything that I’d shovel down her throat in the meantime would emerge in her nappy substantially unchanged. And I fail to see who that would profit, other than the baby food industry.