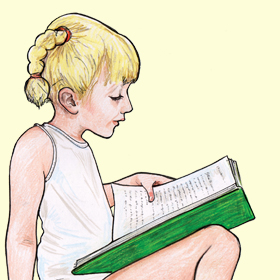 Don’t Call Me Princess has arrived. 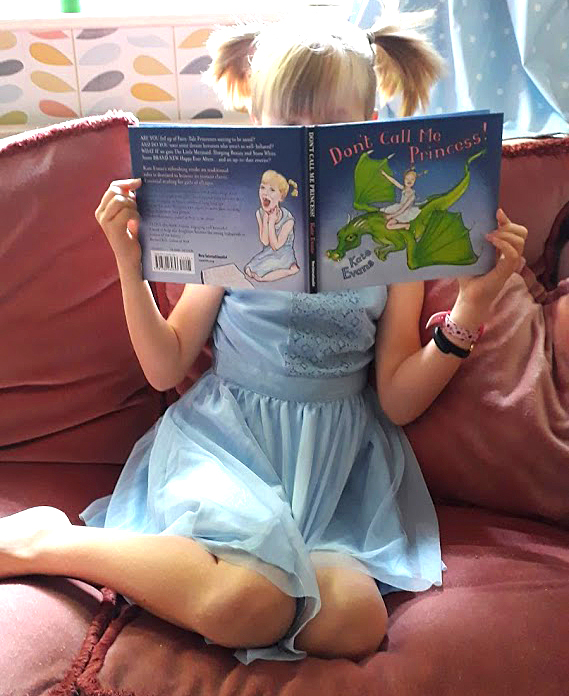 It’s the feminist retake on fairy tales that I can’t believe that nobody else has ever written before. It’s launched, and it’s lovely. My other books pale beside its bubblegum brightness and its cheery, cheeky illustrations. Of course, I still love my previous books, and I used to think they were reasonably glamorous, but now, compared to this one, they seem to have acquired a kind of ‘whole food’ aesthetic.

Oooooh! It’s so gorgeous and shiny and edible!

I can’t help wondering if it might make me rich?

And now I’m in New Book Agony, as I anxiously track its first steps out in the big, wide world. Creating a book is like a speeded-up version of parenthood. First comes the dreamy pregnancy phase, while you idly speculate about the shape of your book-to-be, and its basic shape comes together before your eyes. Then there’s the intense hard work of getting the thing down on the page, which has similarities with new motherhood, as you obsess over its every detail and potentially lose a fair amount of sleep. The editing process could be analogous to the teenage years – there are some emotional upheavals, and at times, you’re sick of the sight of each other. And, now, it is Published! It has left me!!! What will people think of it? What if nobody likes it? What if no-one even notices???!!! AAAAAAGH!!!!

First things first: what does my daughter think? 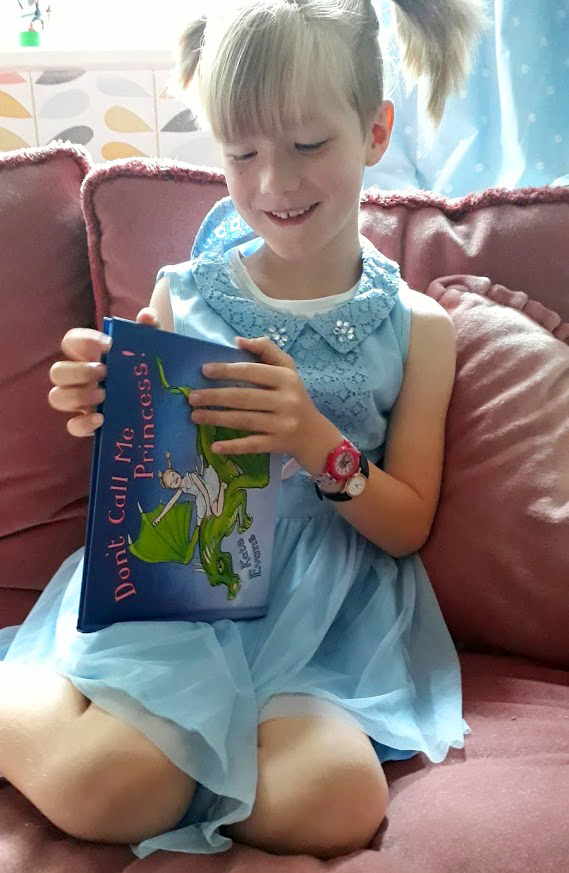 Yep, she likes it. It is fun being the star of your own story. It’s a decent consolation prize for having a mum who has skipped reading any bedtime stories over the years in favour of hitting ‘play’ on the stereo and rushing from the room squawking “I have to finish drawing my page!” Plus we have jointly decided that this absolves me from having to create any more World Book Day costumes ever. I have drawn her her own book. Therefore, henceforth she can go to school as “the main character from Don’t Call Me Princess” wearing whatever she likes.

I have never written for children before. It’s a lot of fun watching their reactions as they read. Here my child is evincing a Stern Face in response to Beauty’s poor romantic choices: 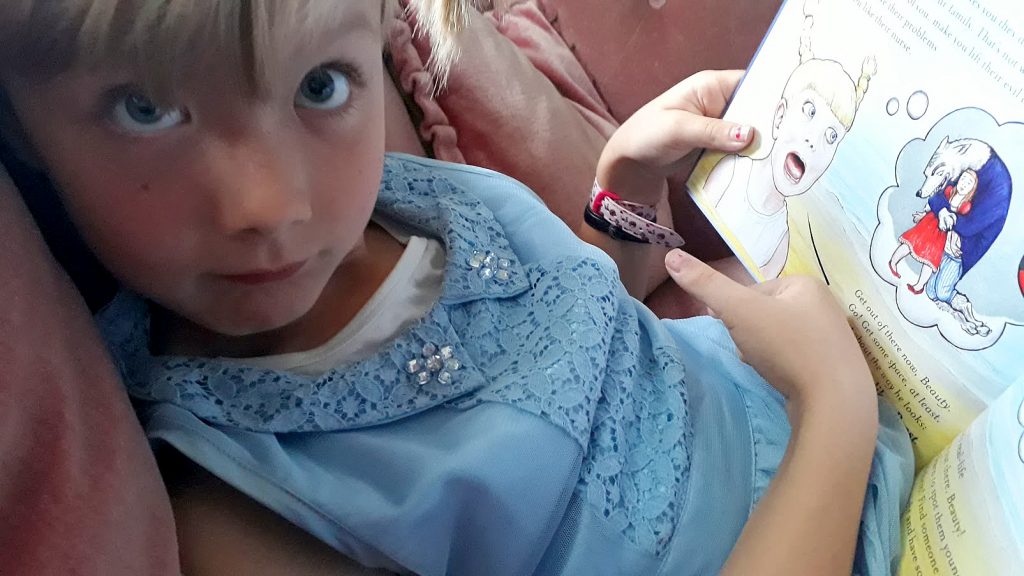 That’s not love! When someone loves you they don’t stop you going out.

They don’t keep you from your family. That’s not what love’s about.

Get out of there now, Beauty! Go! Get some space at least!

It’s not about the way he looks – he’s really acting like a Beast.

And here is her response to Rapunzel’s break for freedom, abseiling down her own hair. Yes, Rapunzel, You Can Do It! 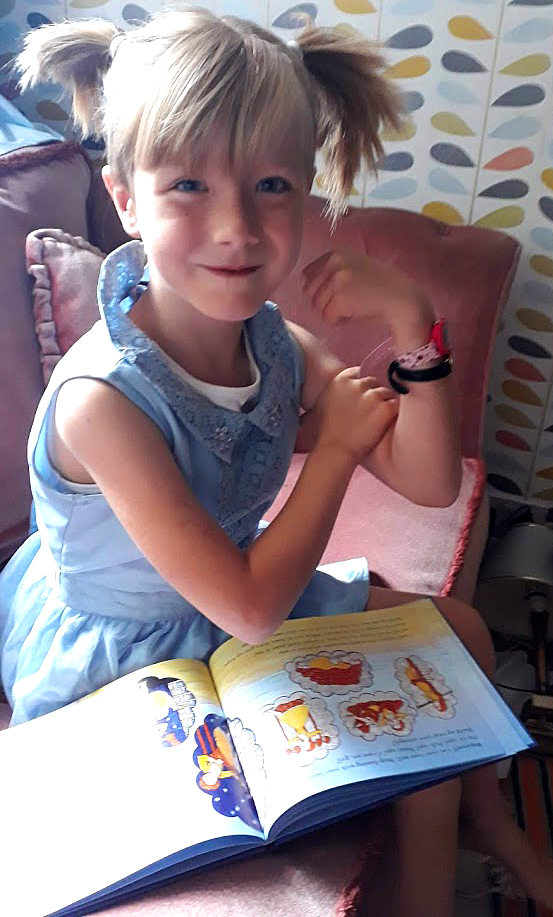 My friends like it, including many people on Facebook who only really fit that description through a strange quirk of Mark Zuckerberg’s life’s work. I sold a hundred copies on the strength of one Facebook post, which is an unprecedented level of interest. Even the school run mums like it. (And to be brutally honest, the mums on the school run generally think my books are a bit strange. I have not yet broken the habit of a lifetime – at 3.30 pm I’m still the weird kid waiting in the school playground.) I donated two copies to the school library, and the head teacher loves it: “We will share your book far and wide – it’s a story that needs to be heard!”

This feels like a book whose time has come. I’ve been tracking other recent reworkings of fairy-tale tropes

And just this week, Disney princesses themselves have come out with similar concerns!

Looks like you’ll be wanting a copy of my book, everyone! (Rubs hands in capitalist glee.) 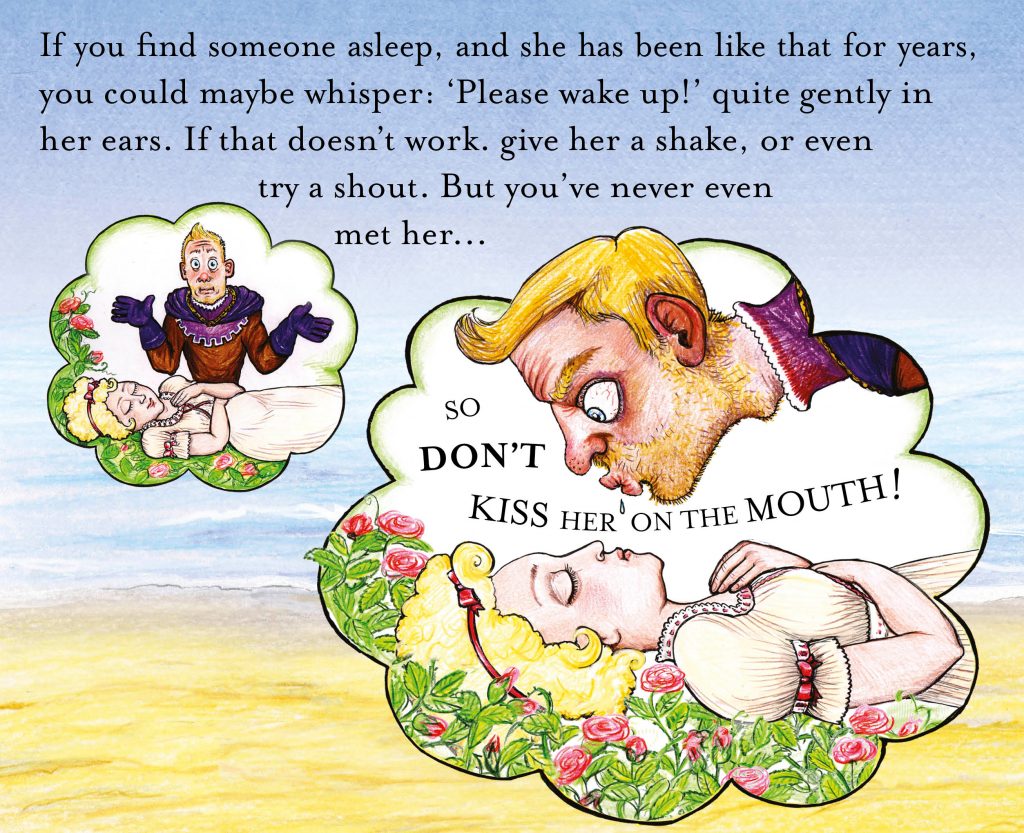 WHEN, OH WHEN WILL MY  BREAKTHROUGH REVIEW COME?

This week the media have been all over Keira Knightley and Kristen Bell – Piers Morgan on Good Morning Britain, Jeremy Vine on Channel 5, all the newspapers, lots of the radio stations – all discussing fairy tales and consent. They had my review copies. They had my number. Did they answer my optimistic tweets, emails and DMs, attempting to hitch a ride on that bandwagon? Did they hell.

Things are not looking sunny on the publicity front. The publicist has done her rounds, but it’s a busy month for book releases. My contact at a major liberal newspaper was enthusiastic – “I had a look through and it’s really something. I think if I grew up with books like that, the kind of people who have come from my generation would be very different people and for the better” – but he doesn’t review the children’s books. Another friend and respected writer commiserated: “I’ve come to see the books pages of the papers as thoroughly corrupt: favouring friends and gossip over quality and ideas. Most of them are basically high-falutin’ celeb culture.” Grrr. David sodding Walliams, who has all the authorial talent of unsmoked haddock, can get reviews and links and giveaways. I bloody can’t!

HAS CONVENTIONAL PUBLISHING BEEN TERRIBLY SLAIN BY EVIL FORCES?

I seriously considered running a crowdfunder for Don’t Call Me Princess and publishing it myself. Not because I can’t get a publishing deal, but because the process of appealing for the printing costs would raise awareness of the book.

Goodnight Stories for Rebel Girls catapulted itself to the top of the bestseller lists after running a ludicrously oversubscribed kickstarter campaign. (Anyone fancy $675,614 of pledges for a $40,000 goal? That would be nice, wouldn’t it?) It’s currently at number 37 on Amazon, which is the kind of success that I can only dream of. It’s a good book, but it has been disproportionately successful because it used new media to engage the public. The authors seem so very single-mindedly bent on female empowerment (of the financial kind) that when I sent a preview copy of my book and asked if they liked it, the word came back that they only do endorsements if you pay them some money. Such rebels! So groundbreaking! Sisterly solidarity to the max!

I can’t run a crowdfunder. My skills lie in writing and drawing, not viral marketing and PR. Instead, I went with New Internationalist publishers. I know the team, they’re a co-op, they produce a fabulous political magazine and run an ethical shop. So when Don’t Call Me Princess knocks Rebel Girls off the top spot all that lovely dosh will be flowing to a good cause. When… when… when?

Over to you, dear reader. Please, please, please support this book in any way that you can, because I don’t have a big name or a backup team and it really deserves to be read. Order copies from me, from New Internationalist, from your local bookshop and ask for it at your library. If you want to use an online bookseller try the hive.co.uk because Amazon is evil, but then, head on over to Amazon and give it a review, because that will nudge their algorithm to notice it as well. Tell your friends. Tell your relatives. And if any of them work in the media and can run a story on it, tell them to get in touch with me.

I’ll keep blogging and twitting and bating my breath. And in the meantime, I’ll settle for George Monbiot’s recent recommendation. That’ll do nicely!

This @cartoonkate is a bona fide genius. Last month I read her brilliant graphic novel, Red Rosa. This month I read her new children’s book – ripping up sexist fairy tales, with lots of laughs – to my daughter. We both loved it.